Does Homeowner's Insurance Cover Damage Caused By A Power Outage?

There are times when storms can sweep through an area leaving it damaged from high winds or hail and leaving it without power. If your power goes out because of a bad storm and is out for several days, you might wonder if you can file a claim with your homeowner's insurance for losses you experienced during this time. If you are wondering about this, here are a few things to know.

You could likely file a claim for spoiled food

Most homeowner insurance policies offer reimbursement for spoiled food if the food went bad due to an uncontrollable power outage. If you allowed your electricity to be shut off, this would not qualify as an uncontrollable power outage, but it would qualify if a storm knocked your power out for two days or more. There is typically a limit of how much money you can receive for spoiled food, though, and you can ask your insurance company what this amount is.

You could file a claim for damage done by the storm

If the storm caused any damage to your home, your policy will also likely cover the costs of the damages the storm caused. For example, if a tree fell onto the top of your house, this would likely be a covered peril on a typical policy.

You might receive compensation from damage caused by a power surge

Some homeowner's insurance policies also cover the costs of damages due to power surges. When the power goes out, it will eventually come back on. When it comes back on, it can sometimes surge a home, and this is something that will often damage electronics such as TVs or computers.

You could even claim the cost of a hotel room

When you have an extra type of coverage on your policy, which is called additional living expense (ALE) coverage, you might even be able to receive compensation for the cost of a hotel room. If, for example, your house is damaged so badly that you cannot stay there for a while, your ALE coverage would pay for you to stay in a hotel room while repairs are being made. This type of coverage would not pay for a hotel if you simply did not want to stay at home for a few days while the power was out, though. 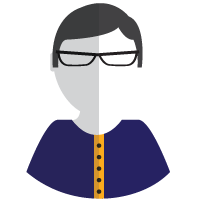 After struggling for months with my finances, I started thinking about different ways that I could make a difference. I realized that if I had one sudden emergency, my finances would be ruined, so I started looking for insurance policies that would cover me in the event of an accident. I started talking with insurance brokers, and I was pleased to find a few policies that really fit my budget and lifestyle. It was incredible to work with them to see what they could do for me, and the next time I had an emergency, I felt like I could handle the financial aspects of the problem. Check out this blog for more information.